Description: A discarded doll, who has lost major sections of herself and patched herself together with bits of fabric; with he crossbow, fashioned from a pocket knife, springs from a less fortunate toy and some wire; fires needles. Her face is severely disfigured so she has sewn a plastic gasmask from an army toy to her face to prevent anyone from viewing it. 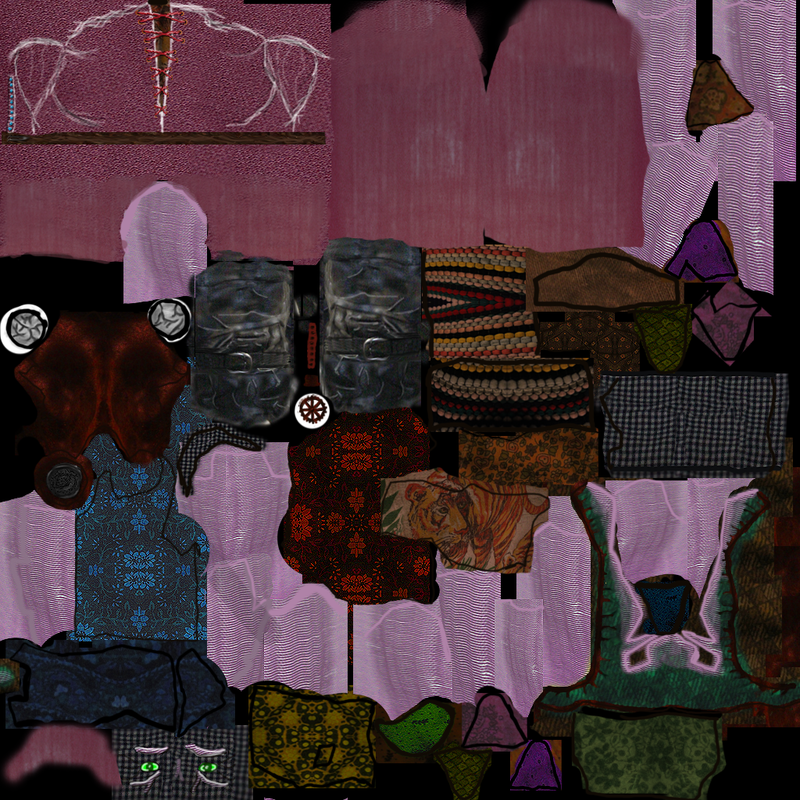 Photos are of mostly of actual cloth scraps from my grandparent's basement. (Taken myself with a Canon A-100 DSLR). In retrospect I used a bit too much texture space for her hair (which is very frayed old cotton scrap, meant to look like unraveled yarn). Her boots are from an old leather dress, only her eyes, the corset details on the dress, the gears on her shoes, and the cracked glass look on the gas mask eye holes are handpainted. 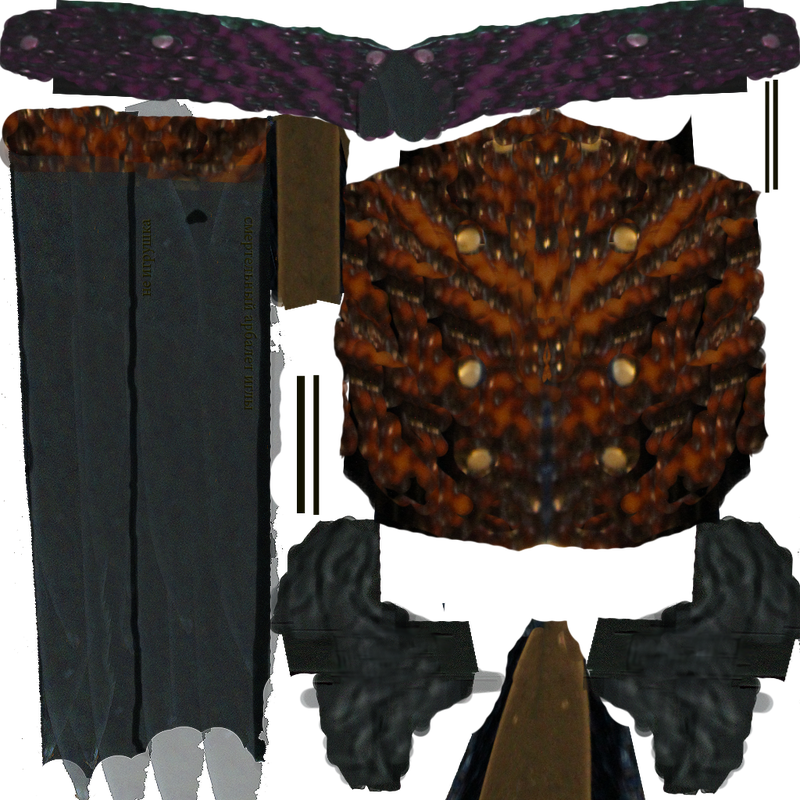 Edited from a single photo of a deer-antler-handled child's (short blade length, dull) pocket knife; that belonged to my father growing up (also found in my grandparent's basement). 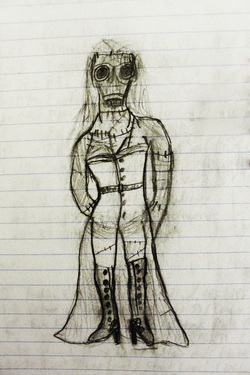 Essentially a 5-minute sketch from my notebook. Wouldn't be notable if I didn't make a better artwork based on it. 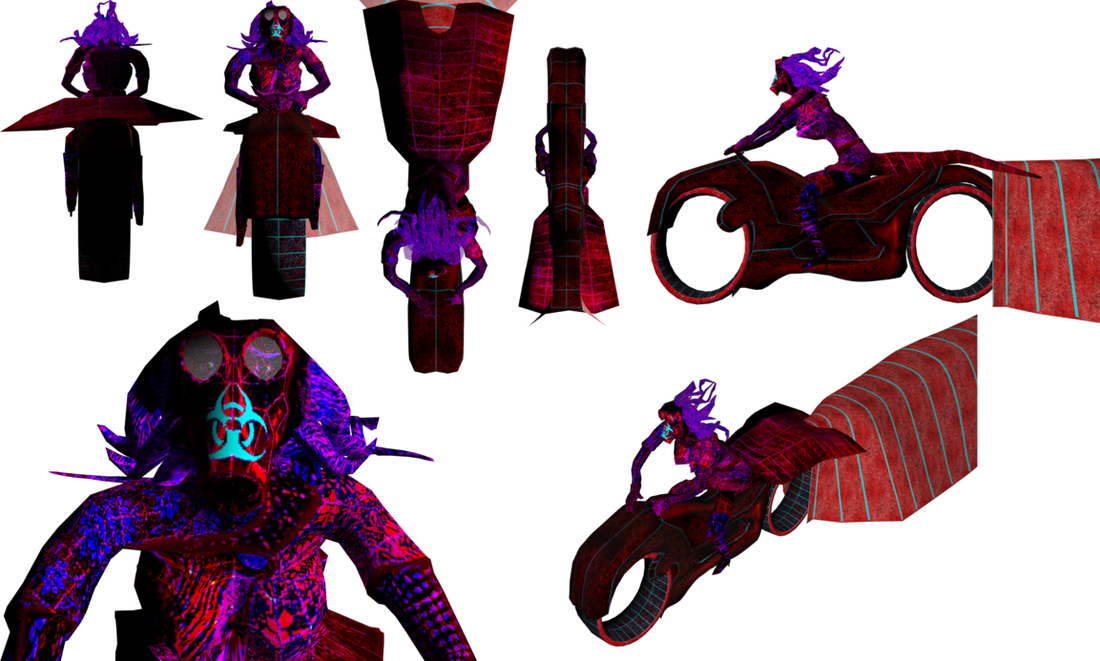 Retexture of her and attached bike for a Tron Lightcycles-based game. Prototype of which was lost along with the majority of my old UE3 Files.